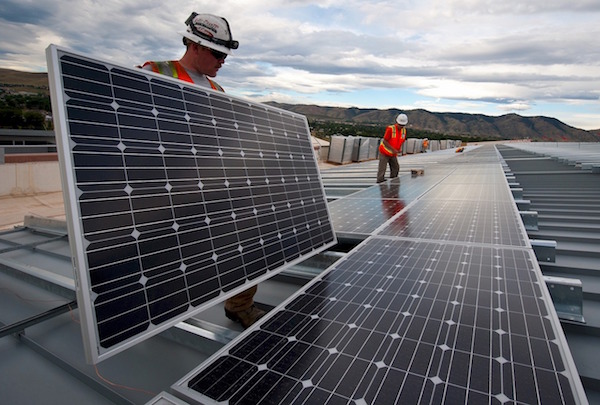 Solar power was the fastest-growing source of new energy worldwide last year, outstripping the growth in all other forms of power generation for the first time and leading experts to hail a “new era”.

Renewable energy accounted for two-thirds of new power added to the world’s grids in 2016, the International Energy Agency said, but the group found solar was the technology that shone brightest.

The Paris-based IEA predicted that solar would dominate future growth, with global capacity in five years’ time expected to be greater than the current combined total power capacity of India and Japan.

Bitcoin mining consumes more electricity a year than Ireland
We use cookies to ensure that we give you the best experience on our website. If you continue to use this site we will assume that you are happy with it.Ok
Scroll to top