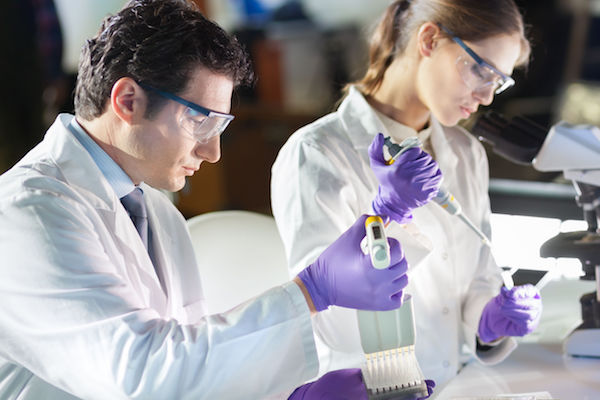 At the International Paralympic Committee's (IPC) Swimming World Championships in South Africa in December, four gold medals on the final night saw Britain topping the medals table for the first time in its history.

The 33-strong team's record haul of 24 gold, 14 silver and 14 bronze medals left them one gold clear of their second-place rivals, the US. The IPC Swimming World Championships are a huge event on the disabled swimming calendar, second only to the Paralympics in terms of size and prestige. For the team's official biomechanist Dr Carl Payton, contributing to such success on a major international sporting stage is one of the highlights of his career.

Biomechanics is the scientific study of forces and the effects of those forces on and within the human body. In sport, it's about making technique as good as possible and avoiding injury.

It has its roots in physics and mechanics and then applies elements of those sciences to the human biological system. The aim is to gain a greater understanding through measurement and analysis of the physical and mechanical forces that ontribute to a particular movement, and to use that understanding to improve performance and technique.

"Biomechanics has a key role to play in an sport that is technique-based," says Payton. "There are two main objectives, either to improve performance or to make adjustments to technique in order to reduce the risk of injury."

Perhaps one of the best known examples of biomechanics in action is the British world record triple jumper Jonathan Edwards. Edwards refined his technique by using biomechanical analysis during a spell at Florida State University in the United States.
Biomechanists do not work alone. They are part of a team that includes sports psychologists, nutritionists, physiotherapists and medical support, all working closely with the coaches to fine-tune the athletes' performances.
Payton has been working with the disabled swimming team since 2000. He visits each of the three high-performance swimming centres in the UK (Stirling, Swansea and Manchester) at least three times per year, analysing the swimmers' techniques and performance. He also attends a lot of competitions, both in the UK and abroad, producing race and competition analyses. It is an intense schedule. As soon as one competition is over, the focus is straight on to the next. Just weeks after the success in South Africa, the attention now is on the 2008 Olympics in Beijing.
Some of the biomechanical support he provides is immediate, based on video analysis and watching from the poolside. But there is a vast range of specific techniques and processes to draw on. Kinematic analysis, for example, uses high speed cameras and three-dimensional images to study a particular movement, producing a very detailed picture of what the athlete is doing, such as the range of motion, rate of movement, or rate of acceleration, both in and out of the water.

Kinematic analysis doesn't reveal anything about the forces involved in that movement, however. So a second technique is to measure the forces that are acting on and within the athlete's body, such as tethered force analysis, where the swimmer is tethered to a force transducer which measures the forces the swimmer produces, the stress levels they produce and how well they are sustained over a period of time.

Robot Invasion in the Class Room
We use cookies to ensure that we give you the best experience on our website. If you continue to use this site we will assume that you are happy with it.Ok
Scroll to top